93.BE AWARE OF INDUSTRIES THAT MAY GROW OR DIE IN A MILLENNIAL WORLD 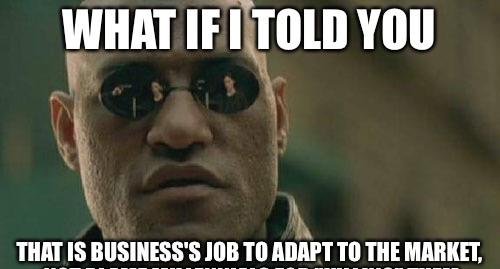 Sales people and marketing people need to be aware of the dramatic effect a change of generation can have on the marketplace and therefore their product or service.

Here is the classification of generations…..

Millennial preferences are having a destructive impact on several companies and industries already, because they are more careful with money, and have much different preferences than their parents.  Articles abound about how they are killing industries such as golf (don’t play), movies (they download), paper (environmentally conscious), cereal (eat health bars instead), certain retail brands (what’s in a name anyway), auto industry (don’t buy, they car share), and it goes on and on….

And why?  Simple! They had no say in creating the environment that has restricted their income and shaped their financial perspective. The 2008 financial crises did it all to create a uniquely thrifty generation focused on short-term rewards.  As one article I found puts it –it’s the “parent’s fault! They caused the financial crises.” Not only that, they were raised in a “bubble world of over protection and immediate satisfaction” and made very aware of environmental issues.

You need to be aware of industries that are affected by this generation as it begins to take over from Generation Y and as Boomers (albeit slowly) exit the work force. If you are in the paper industry or supply the paper industry… what has to change to adapt? How many auto plants will have to (maybe) close that will also effect feeder factories and their suppliers? It’s not just the electric car that can change things in the auto industry, it’s virtually the “potentially less volume” change that will affect the market.  Who do you supply to now?  What about the food industry? How is that going to change and how will their needs change?  And let’s not even start about automation and artificial intelligence!

As a start, any company providing goods and services should pay close attention to the industries that are, and will be more and more effected by millennial’s as they start to take over as the major market!